The death of email? 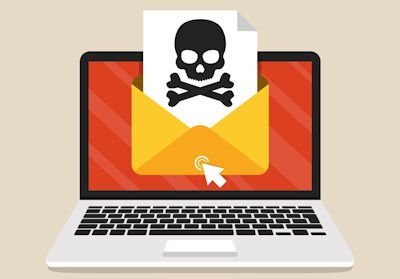 The death of email?

Although widely disputed by Shiva Ayyadurai, who was given a copyright for what he called EMAIL in 1978, Ray Tomlinson is credited with inventing email way back in 1972. What Ray created was, in fact, a rudimentary system of sending text messages and it wasn’t even called email.
Hotmail was released in 1996. The name was chosen because it included the letters HTML to emphasize it being ‘on the web’ (it was original stylized as ‘HoTMaiL’). When it was launched users were limited to 2MB of storage (at the time a 1.6GB hard drive was $399).
Gmail was famously created in 2004 as a ‘20% project’ of Paul Buchheit. Originally it wasn’t particularly believed in as a product within Google. They had to launch using a few hundred Pentium III computers no one else wanted, and it took three years before they had the resources to accept users without an invitation. It was notable both for being much closer to a desktop application (using AJAX) and for the unprecedented offer of 1GB of mail storage. – towerdata.com
As of 2015, there were 2.6 billion email users worldwide (Source). But over 50 percent of the emails received were spam. While this is certainly a large percentage, it’s a substantial improvement over 2008 when spam accounted for 92.6 percent of total email traffic. SPAM messages accounted for 54.68 percent of e-mail traffic in September 2019. That year, China generated the largest share of unsolicited spam e-mails with 20.43 percent of global spam volume. Despite its ubiquity, the global e-mail spam rate has actually been decreasing: the global annual spam e-mail rate in 2018 was 55 percent, down from 69 percent in 2012. – Statista.com
According to latest data, there was an astounding 3.8 billion email accounts in 2018, with a total of 281 billion emails sent every day. Even though it’s clear that email is the undisputed king of office communication, it’s clear that it’s far from the ideal solution for communication.
There are many options to choose from – If you wanted to communicate with someone just a decade ago, by far the most widely used option was email for business, with a few messenger solutions for personal use, such as MSN. Nowadays, there are so many options to choose from that email is no longer the default choice for businesses. Apps and systems are developed every day, with specific communication channels and purposes in mind. When it comes to team communication in business use, apps are quickly taking over. The ease of use, a large variety of integrations, the ability to form groups and quickly exchange messages – these are all features that email is lacking in 2019 and which modern tech users are used to. Finally, apps make it possible to easily search through all your exchanged messages, which can be a hassle with emails.
Moreover, social media is booming as a way to communicate and it shows no sign of slowing down. Besides exchanging messages with your friends, it’s not unusual to talk business through Facebook and Twitter and especially LinkedIn and each of these platforms is taking a slice of the messaging market from email. Granted, some of the benefits of email are lost (such as marketing automation, advanced segmentation, etc.) but for the most part, the pros outweigh the cons.

It’s getting crowded in our inboxes – One of the reasons why people steer clear from email is the fact that they rarely get the emails they want. Even though spam filters are getting better year after year, a whopping 45% of all emails are spam. Hoping to catch up with a potential client? Better wade through 20 offers for medication first. Then there are the emails that you get that you sort of want, but it’s still a nuisance. For example, you sign up for a service you actively use and love, and besides your regular transactional emails, you get a bulk of automated messages you have no interested in reading.

If you’ve ever gone somewhere using Booking.com, better prepare for a slew of messages about upcoming deals in cities you never even wanted to visit. The fact is – once they have your email, businesses will send you plenty of messages to stay on top of mind, and you’re lucky if you can choose your preferences. In the worst case scenario, you can unsubscribe. Finally, for business communication, email still seems to be a necessity. However, as anyone who’s lived through a colossal chain of CC and BCC emails can tell you, it’s far from ideal. It’s noisy, cluttered and difficult to find the message you are looking for.

The upcoming generations aren’t too fond of email – When thinking about email in the future, most businesses focus their attention to generation Z – people born after 1997. Even though the majority of them are still not in the workforce, they soon will be and what’s more important, they outnumber millennials. Unlike millennials, they are among the first generations that didn’t adopt email as their primary mode of communication, which shows in their preferences. As research has shown, generation Z considers email as less important in their lives compared to millennials or generation X. Moreover, they are less likely to use email for work, compared to other polled generations. They seem to prefer it for personal emails sent from people they know outside of work the most, and then for communication with businesses. As this generation gets older and enters the workforce, it’s certain to change the way email works, if not completely eliminate it as a means of communication. In the future, email will have quite a few competitors, including social media and apps that Gen Z-ers favor over email.

They take far too much time – Depending on your job type and habits, you’ll check your email about 15 times per day. That doesn’t sound all that bad, but it’s just the tip of the iceberg. As mentioned before, office workers get a ton of email – around 200 emails per day on average. Once you analyze what’s in your inbox, we find out that 144 out of those 200 are irrelevant to the recipient – they’re CC, BCC, transactional/promotional emails etc.

Do you know how much time you spend on emails at work every day? According to research, we spend about 2.5 hours every day checking and writing emails at work. That’s almost a third of a workday just spent on communication. Some other studies claim that we spend a whopping 6 hours daily on email. It’s gotten so bad that many workers mute their emails for large portions of their day and minimize the time spent on managing their inboxes. Instead of facilitating work, email has become such a large part of work that it hinders productivity. Team chat apps have the upper hand here, with options for task management and a wide range of integrations, which makes it possible to read messages without getting distracted and spending hours on endless strings of BCC emails.

Emails are a productivity killer – Once we receive an email, we usually read it within 6 seconds, while 85% of all emails are read within two minutes after they land in your inbox. In our chase to inbox zero, we’re quick to read and respond to emails, without thinking about the effects this has on our work and productivity. With just a few seconds spent on each minute (ideally), you’re probably thinking that catching up with your emails immediately isn’t such a bad idea. The problem is, your brain does not simply switch from one task to another without consequences. According to researchers, it takes up to 23 minutes to regain your focus after you interrupt one task with another (say, writing an article with reading an email). Multiply that with over 200 emails sent every day, and it’s a wonder that we manage to do anything at all with email taking us off our tracks. chanty.com